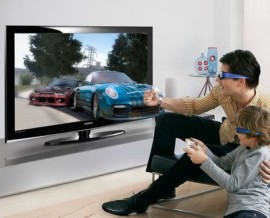 Just when you were thinking 3D was new at the movies, now you can have 3D in your own home.

You have probably already seen a 3D movie. Perhaps you thought Monsters vs. Aliens was decent entertainment, but the 3D was a bit of a gimmick? Or perhaps, like most of us, you were swept away by the rich and detailed 3D world of Avatar.

3D TV Is More Than Movies

Well 3D TV is about movies at home in 3D, but it is more than that, too.

The production companies want to make other programs a more impressive experience for us too. Now nobody is going to watch re-runs of Friends in 3D no matter how much a fan. But picture the National Geographic channel exploring far away lands in 3D, or flying over landscapes like a bird.

And the sports channels are right at the front of this revolution too. Many of us will be watching our teams play in 3D this year, while sitting comfortably at home on our sofa. It won’t be quite the same as being there, but it really is just that bit more atmospheric.

Is It Just A Gimmick?

Don’t think so. The production companies are already providing programs in 3D. You can already get 3D movies at Amazon on Blu-ray DVD.

So What Do You Need To Watch 3D TV?

You need a new 3D TV. An existing high definition TV cannot drive the advanced 3D effect you’ve seen at the movies. You will also need special 3D glasses. The simple plastic ones from the movies will not work, you need the ones made for your 3D TV set. Then you need something in 3D to watch. This could be programs broadcast by Sky, Freesat or your cable provider, or movies on 3D Blu-ray DVD.

And yes, it seems you will need a special 3D DVD player too. It’s not yet clear how recording 3D programs will work so watch our for PVR / Recorder reviews as software upgrades may be sufficient.

In time it probably will be. But most of us are not going to upgrade any of our equipment now, particularly our new HDTV, for occasional 3D watching at home. Specially as we can enjoy a better 3D experience at the movie theaters.

But when you need to buy a new TV it’s likely most that all TV’s will have 3D built in. Making it something that’s included rather than an extra to buy. 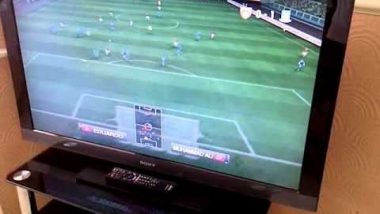 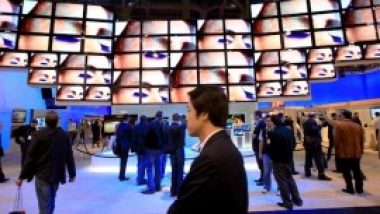 What Technology Will Replace LCD TVs?